I'm very excited to announce my debut release as a solo artist will makes its way into the world on Friday, July 29, 2016 via Trailer Fire Records. See the album cover and official press release below:

When I Was a Boy marks the debut release by Ohio-based singer-songwriter Adam Remnant. The EP consists of 6 songs written and recorded by Remnant over the last few years alongside a full-length album, which is being prepped for a future release as well. Remnant came up over the last decade fronting the folk-rock band Southeast Engine.

As the principal singer and songwriter of the band, Remnant and his bandmates garnered critical acclaim from publications such as Paste Magazine, Pitchfork, NPR, American Songwriter, Magnet, Stereogum, PopMatters, AV Club, and many more. They established a substantial following over the years, releasing five albums and touring across the United States and Canada.

As Southeast Engine wound down, Remnant began plotting his way forward as a solo artist. He assembled a little studio in his basement and earnestly began writing & recording the songs that comprise the EP and full-length. The cover of When I Was a Boy is a cell phone photo of Remnant’s early childhood home taken from a car interior. While the title song may long for the innocence of childhood, the EP exists in the psychology of the adult peering out the car window confronted by the decay of a once idyllic youth. The lyrics explore the trappings of adulthood, while looking for the signs of promise to inform how one should proceed. Remnant’s signature baritone voice and literary songwriting act as the focal point in the productions spanning between folk, rock, and indie sounds mined from a Midwest basement. In addition, Remnant will be touring with a 4-piece band across the midwest and east coast throughout summer and fall in support of the release. See tour dates on the LIVE page.

Check back soon
Once posts are published, you’ll see them here. 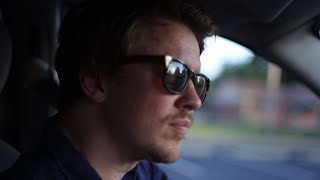 When I Was a Boy EP - Music Video & Press